10 Challenging but Achievable Steps in the Housing for All Plan

By FeltonMcKnight September 15, 2021 No Comments 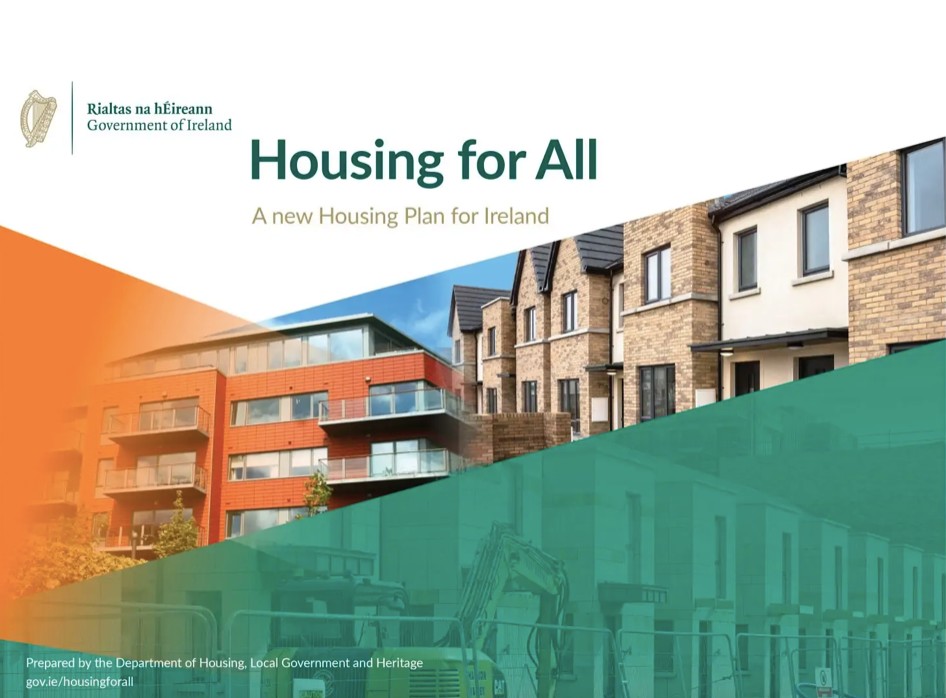 THE Government has finally launched its delayed €40 billion plan that promises to ease the housing crisis.

There are 230 action points contained within it, which Housing Minister Darragh O’Brien has said are “challenging but achievable”.

Here is a quick glance at the main takeaways from the plan, which is set to cost the taxpayer €4bn a year.

Despite many promises, a vacant-homes tax has been pushed out to next year.

He said that the Government needs to take a look at data from the revamped Local Property Tax, which was put in place before the Dáil broke up for the summer.

It will replace the current vacant-site levy.

The plan sets out many housing targets and details some of the costs involved.

The outlay will be €40bn over ten years, with €4bn spent a year.

There will be an average of 20,000 homes built per year, which Government hopes will increase to 33,000 and higher as the years progress.

Around 27,500 additional construction workers will be needed to meet these targets.

The Government hopes to address this by recruiting more apprentices. The plan is to enlist 10,000 construction apprentices per year.

Minister O’Brien published legislation earlier in the year which paved the way for cost-rental homes. However, only 400 such homes will be delivered this year.

The plan promises to deliver 2,000 cost-rental homes per year, where the tenant pays rent which covers the cost of building the home.

These rental properties will have rent targets of at least 25pc below market level.

Despite the ESRI, Central Bank and even some of his own colleagues raising concerns that a shared equity scheme would push up house prices, Minister O’Brien has proceeded to include it in the plan.

The ‘First Home’ scheme will be available for buyers of new builds in private developments.

The scheme will see the State take up to a 30pc stake. Buyers will take out a mortgage with a bank for the remainder of the cost.

The ‘Fair Deal’ scheme for people in long-term residential care will be reformed to enable applicants to rent or sell their property without sanction.

Contributions to the scheme on the sale of an applicant’s principal private residence will be capped, when previously there were no caps.

Rental income from a principal private residence will be exempt when calculating an applicant’s income.

A Commission on Housing has been set up to ensure that the costly plan is implemented.

The Commission will take a “long-term strategic view” on the housing crisis, including a referendum on housing, which the Taoiseach said will happen in the lifetime of this Government.

A new Croí Cónaithe (Towns) Fund is to be established for the provision of serviced sites for housing.

The fund, to be delivered by local authorities, hopes to attract people to build their own homes and support the refurbishment of vacant properties.

It will see local authorities make serviced sites available at a reduced cost.

The Department of Housing estimates that there are approximately 70,000 to 80,000 residential units with granted planning permissions lying idle nationwide.

The Government will hope to use the State land bank to provide up to 15,000 homes. The State will fund local authorities for land acquisition.

All councils have been given supply targets, which they must meet.

The Department of Housing will review the judicial review process relating to the planning system in a bid to reduce planning delays.

A new division of the High Court will be introduced especially for planning and environmental cases to tackle these delays.