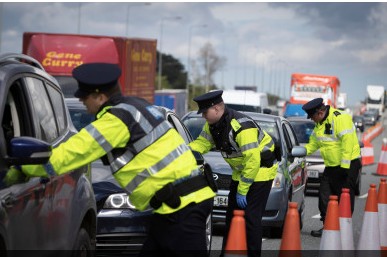 A new law is set to be introduced that will permit Gardaí to access a person’s phone or other electronic device using their username or password, with a fine of €30,000 and up to five years in prison should the individual refuse.

According to Garda sources, the pandemic has resulted in a massive increase of criminal activity on messaging apps due to the in-person restrictions that arose as a result of the pandemic. It is believed that this trend will continue even after the pandemic has abated, and that the news powers imbued to the Gardaí would be a crucial step in searching mobile phones and other digital devices.

The new bill will make clear that failure to provide your password to a member of the Gards will result in a criminal offence and in the most serious cases will lead to indictment before a judge and jury.

The general scheme of the Garda Síochána (Powers) Bill, to be published by Minister for Justice Heather Humphreys on Monday, will also require the Gards to make a written record of every time they stop and search someone. It is understood that these measures will provide more accurate levels of data about stop and search practices, such as the gender and ethnicity of the person being stopped, what parts of the country such stops happen most often, as well as the average age of those being stopped.

However, the provisions of the new bill will also include directions that a written record of interviews with suspects will no longer be required as long as other recording methods were available and utilised. Garda cautions, when a person avoids conviction for a crime, are being placed on a statutory footing, as is the right for suspects to have a lawyer present during interviews with the Gardaí.

Further measures are being put in place that would assist people that are being detained but have children that are impaired in some way or need to be cared for, which will include disability or intoxication.

While Minister Humphreys said that the bill would give Gardaí new powers, it would also clarify existing powers provided for across hundreds of pieces of legislation. She noted that the bill was a key recommendation of the Commission on the Future of Policing in Ireland, which published a roadmap for Garda reform in September, 2018.

“The law in this area is currently very complex, spread across the common law, hundreds of pieces of legislation, constitutional and EU law,” Ms Humphreys said of the new Bill codifying and clarifying Garda powers and responsibilities.

“Bringing it together will make the use of police powers by Gardaí clear, transparent and accessible. The aim is to create a system that is both clear and straightforward for Gardaí to use and easy for people to understand what powers Gardaí can use and what their rights are in those circumstances.”